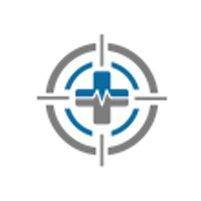 More than six million children in the United States have attention-deficit/hyperactivity disorder (ADHD), according to the Centers for Disease Control and Prevention (CDC). At SpotLyte Behavioral Health in Downingtown, the experienced mental health team works together to help relieve the symptoms of ADHD in both children and adults. To learn more, call SpotLyte Behavioral Health or schedule an appointment online today.

ADHD is a common neurodevelopmental disorder that typically develops during childhood. Children and adults with ADHD have difficulty concentrating on one task, controlling impulsive behaviors, and sitting still for long periods of time.

While symptoms of ADHD are more pronounced during childhood, they often continue through adulthood.

Are there different types of ADHD?

One of the most common reasons children with ADHD are left undiagnosed is that they don’t display the classic signs of the disorder, such as hyperactivity. That’s why it’s important to understand the three different types of ADHD:

Children and adults with predominantly inattentive ADHD struggle to stay organized, particularly on a single task. They may tune out during conversations and forget to follow instructions. Many people with this type of ADHD are forgetful and easily distracted.

For those with predominantly hyperactive-impulsive ADHD, sitting still is a challenge. This type of ADHD typically manifests in fidgeting, interrupting others, or blurting out at inappropriate times.

Children and adults with predominantly hyperactive-impulsive ADHD are often prone to accidents and injuries due to their impulsive nature.

Combined ADHD occurs when you display an equal amount of predominantly inattentive and hyperactive-impulsive symptoms.

What are the symptoms of ADHD?

Symptoms of ADHD vary from person to person. They typically depend on the type of ADHD you have. Some of the most common ADHD symptoms in children and adults include:

If you think you or a loved one has ADHD, the team at SpotLyte Behavioral Health can perform a comprehensive evaluation. This assessment includes a complete medical history review and an evaluation of your symptoms.

What are the treatments for ADHD?

The team at SpotLyte Behavioral Health takes a holistic, multimodality approach to mental health care. Their goal is to help you achieve long-lasting relief from your symptoms rather than masking them with medication.

Some of the most common treatments for ADHD include:

CBT is a form of therapy that focuses on turning negative thoughts and behaviors into positive, more helpful ones. It aims to rewire your brain in a way that’s more confident and goal-oriented.

Proper nutrition and regular exercise can significantly improve your ADHD symptoms. Some research shows that increasing your intake of omega-3 fatty acids can help relieve symptoms of ADHD, while a diet high in sugar and caffeine can aggravate symptoms.